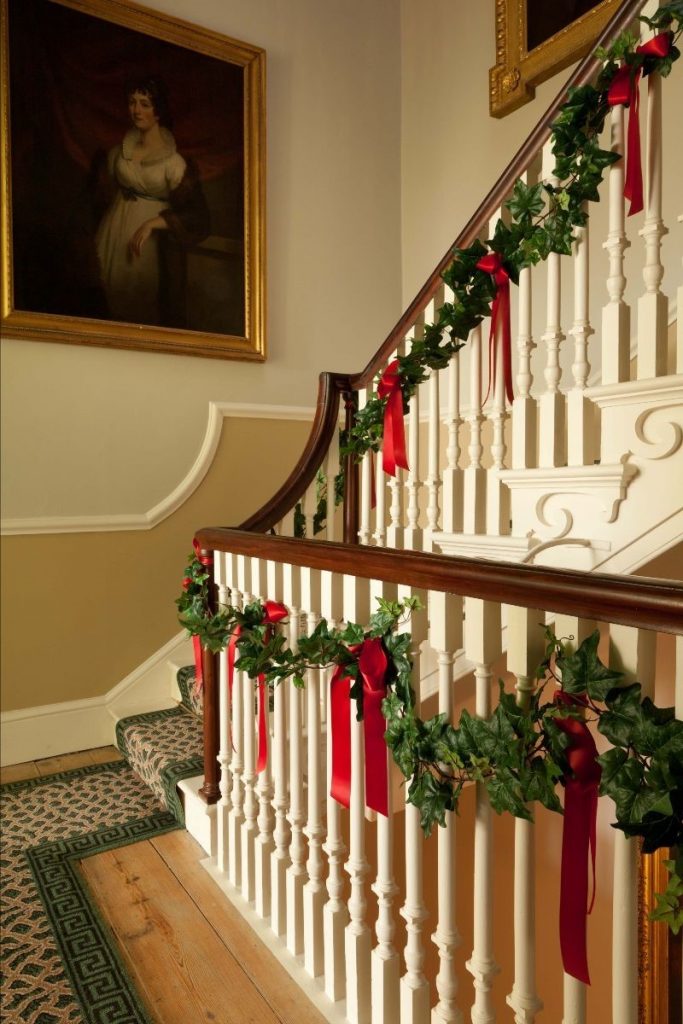 Enjoy a Gorgeous Georgian Christmas at No.1 Royal Crescent

Bath’s most iconic address celebrates the festive season with a new visitor experience, authentic decorations and a very special visitor…

Combining entertainment, fascinating historical insights, plus a chance to meet Father Christmas and one of his elves, No.1 Royal Crescent is like nowhere else in Bath to experience the magic of Christmas.

Running from 1 December to Christmas Eve, visitors will have the opportunity to explore the famous house in Royal Terrace, discovering the 12 Tales of a Georgian Christmas, which brings to life how the festivities were celebrated in the 18th and early part of the 19th century. From roasted beef to blackbirds, the true origins of Christmas trees, parlour games with flaming brandy and puddings containing bullets, discover how the Georgians feasted, decorated their homes and enjoyed wild parties in ways we would consider shocking today.

Throughout the entire house, the sights and scents of how the grand houses of Georgian Britain were decorated will be revealed, using ‘greens’, or foliage such as bay, yew or even herbs, along with gilded fruits and foodstuffs. Also, what originally began as a table decoration, introduced by German-born Queen Charlotte, wife of George III, soon became the now traditional Christmas tree.

Prior to the 19th century, Father Christmas was an allegorical figure who symbolised the festive season and he was often depicted as a merry old soul, who presided over boozy parties, rather than bringing presents to small children. This was largely because celebrating Christmas was more of an adult thing – not least due to the copious amounts of drinking that was involved – than it was for children.

However, as No.1 is a wonderful place for youngsters, the traditional wassail bowl brimming with spiced cider, or punch made with wine, infused with spices, sugar and apples, will not feature in No.1’s very special visit from Father Christmas and one of his elves. While parents may want to learn more about Georgian partying in the Gentleman’s Retreat and Withdrawing Room – not least the bonkers game of Snap Dragon, which involved trying to snatch currants from a dish of flaming brandy – their little ones can meet Santa in the Servants Hall on Sunday 5th, 12th and 19th December.

He and his elf will be reading a story to the children, asking them about what they’ll be doing with their family and friends on the Big Day and, of course, what they’d most like as their big present! Before they leave, every child will receive a recipe card to show them how to make a scrummy No.1 Ginger Christmas biscuit and an age-appropriate gift.

“It’s a great way to entertain the family during the school holidays, pick up a last-minute present in our gift shop and perhaps get some inspiration for decorating your own home,” says Alex Sherman, CEO of Bath Preservation Trust. “And in such an atmospheric, beautifully dressed setting, what could be more magical than a chance to meet and spend time with none other, than Father Christmas himself?!”