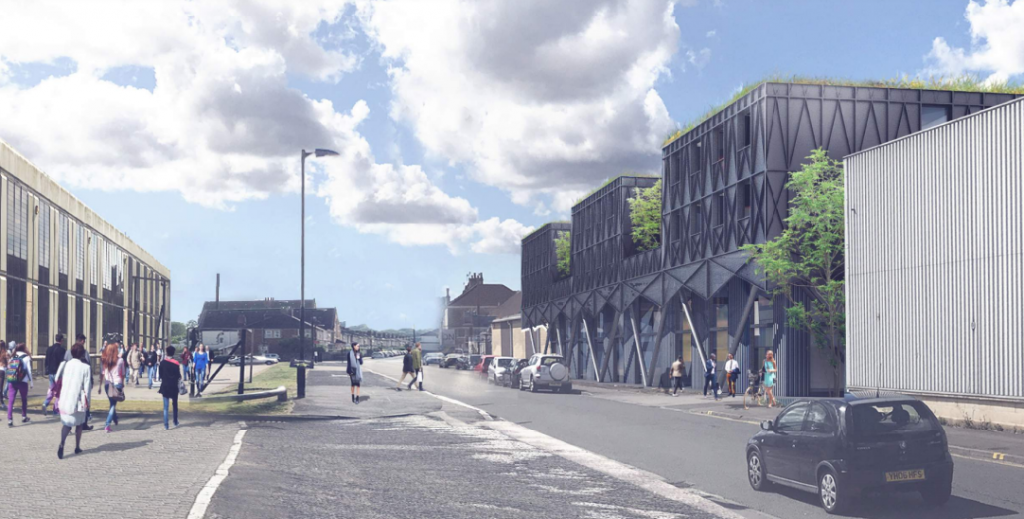 An appeal against the planning authority’s decision to refuse the redevelopment of the Plumb Center site to provide mixed student accommodation and light industrial space (18/05047/FUL) has been allowed. BPT objected to the scheme on grounds of (student) housing type and scale within the vernacular residential context.

You can see our previous objection in full here.

It was decided that based on the existing “high tech” industrial appearance and character of the area and the site’s position opposite the Grade II Herman Miller Building, that the scheme would continue a trend of high-quality and innovative industrial architecture.  And that it would preserve the character and appearance of the conservation area, given the site’s local context and the existing Plumb Center’s identification as a “negative building and townscape feature”.

The Inspector concluded that the scheme constitutes a significant example of distinctly contemporary architecture and development within a sensitive historic area within the conservation area, World Heritage Site, and within the setting of the Grade II building. The Trust is interested to see further examples of “high-quality design” that appropriately draw from local contextual cues whilst being of a notably distinctive appearance and profile.

You can read the Inspector’s Report in full here.

Previous post BPT Responds to Local Authority’s Installation of City Centre ‘Parklets’ Next post We’ve responded to the Government consultation on extending permitted development rights in Conservation Areas. The changes would harm heritage and the diversity and vitality of our high streets, and facilitate the creation of poor-quality homes.