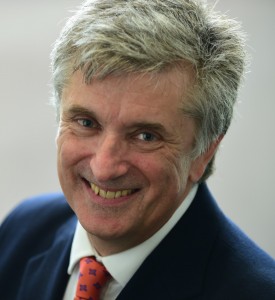 Chairman of the Trust

Thomas joined as a Trustee of the Bath Preservation Trust in 2000 under the chairmanship of Michael Briggs and he remained a trustee until 2012. During his first time with the Trust he chaired the Architecture and Planning Committee and was closely involved with the acquisition and development of Number 1a Royal Crescent. After an absence he re-joined as the Chair-Elect in January 2016 to follow Edward Bayntun-Coward. Thomas is a Solicitor in private practice with regional solicitors Thrings and he specialises in land and property and he has been connected – usually as a trustee and often as chair – with many well-loved local organisations as well as time as a parish councillor. He lives in Bath and was educated at King Edward’s School in Broad Street (as were his father and grandfather before him) and so can properly claim to be a long-standing Bath resident.  Media Release 1 February 2016 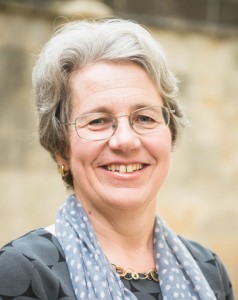 Chief Executive of Bath Preservation Trust
In attendance at Finance and General Purposes, Architecture and Planning, and the Museums and Education committee meetings

Before joining BPT as CEO in 2007, Caroline’s career has been largely within the public or non-profit sector, latterly working with cultural organisations particularly on the development of business plans, fundraising and capital projects. She started her career as a Clerk in the House of Lords, was Deputy Director of Arts and Business, and spent 12 years as a senior arts consultant including as an expert advisor assessing lottery applications for the Heritage Lottery Fund. She has an MA from Oxford University in Psychology and Physiology and an MSc from Bristol University in Organisational Psychology. She is currently also a member of the Council of the National Trust and a National Trust Trustee. Her previous non-executive roles have included Chair of the Wiltshire Music Centre, Board Member of English Touring Theatre, Aldeburgh Productions and Winchester College, and a non-executive member of the Avon, Gloucester and Wiltshire Strategic Health Authority

Chairman of the Trust

See his short biography above.

Chair of the Finance and General Purposes Committee

Robert is a highly experienced conservation architect. He joined Donald Insall Associates in 1977 and has recently retired as Managing Director of the Bath branch office. Work on Trinity College, Cambridge’s famous library and that of Gonville and Caius Library won Europa Nostra Awards. Rob’s work in the Bath office includes the restoration of the libraries at All Souls College and Christ Church as well as the restoration of three ranges of 17th century residential buildings for Pembroke College, winning the Oxford Preservation Trust Award. Concurrently, Rob managed the HLF restoration of Cardiff Castle. Recent work includes the restoration of a Wiltshire Georgian house destroyed by fire (Georgian Group Award 2015) and the phased restoration of an Elizabethan country house near Warminster. He is also a Trustee of the Kennet and Avon Canal Trust.

Chair of the Museums and Education Committee

Julie is the CEO of The Cheltenham Trust, she had been an advisor to the BPT Museums and Education Committee through 2017/18.  She has gained a wide range of heritage and cultural sector experience working regionally as Director of Bristol’s Museums, Galleries and Archives and committee member for Heritage Lottery Fund south-west, nationally as a council member for Arts Council England and internationally as Director for the new Western Australian Museum in Perth.  During her career she has been a great advocate for collaborative working, the power of culture and heritage to inspire engagement and education reaching the most diverse audiences as demonstrated at M Shed, the people’s museum for Bristol.  She has worked collaboratively with Bath institutions over the years and continues to have a keen interest and passion for developing heritage assets and their audiences.

Peta took a London Secretarial course when her parents moved to California, and after obtaining a First Class Diploma, she spent a year in California as an au pair. Peta then returned to Bath to spend 10 years as PA to several high profile business leaders. One was to become Chairman of Bath Preservation Trust (BPT), bringing Peta in to the Trust in 1999 to help open Beckford’s Tower and later to become Membership Secretary for 16 years. Before BPT, Peta joined an American Undergraduate programme based in Bath as PA to the Directors and Manager. Peta held Directorships of Higher Education in Europe, Academic Agency Ltd and Advanced Studies in England (ASE), and was appointed member of the Institute of Directors. Peta was also Company Secretary to companies in the same organisation and helped to manage  various international conference. In the 2000s, while working for BPT, Peta also worked for ASE as their Housing Manager, looking after student housing and welfare. In 2017 Peta stepped down from ASE and as Membership Secretary for BPT and now enjoys a continued, voluntary relationship with the Trust, as well as joining the Board of BCVS Homes in Bath and the Committee of St John’s Court, Bath.

Bruce worked in advertising for over forty years before moving to Bath in 2013. During his career he worked in this country and globally advising major companies on their brands and marketing. He was Group CEO of Leo Burnett London and, most recently, Global COO of Cheil, part of the Samsung Group based in Seoul, South Korea. He is a former President of the industry’s trade body, the IPA, a Fellow of the Marketing Society and a former Chair and now Patron of NABS, the main charity of the communications industry.

David had a career in newspaper and magazine publishing, as journalist, editor and as a consultant in skills and management development, as well as leading the transition from traditional methods to digital technology. He then provided communications management for companies and charities. In London David chaired a charity running a thriving community centre which was transforming from financial dependency on the local authority to self-sustaining autonomy.  At the same time David established a local amenity group to safeguard a neglected open space.  Since moving to Bath David has been a regular BPT volunteer at Beckford’s Tower and sits on the council of Bath Natural History Society.

A Civil Engineer with 13 years in the construction industry before setting up his own business, Mendip Fireplaces (Bath), in 1980. Robert is Vice-Chairman of South Stoke Parish Council

Colin came to Bath in 1984 as City Archivist to the former Bath City Council and is now manager of the combined Archives and Local Studies services at Bath Record Office. He is a long-standing member of several Bath history groups for which he has intermittently served in committee and officer roles.

Rachel joined the National Trust in October 2008.  She is the Assistant Director of the Consultancy in the South West and is accountable for the strategic leadership of all visitor-facing, income generating and conservation activities in the Region.  Rachel leads a 100-strong specialist internal consultancy team.   Prior to joining the Trust Rachel spent six years as Head of Brand and Marketing at Alnwick Garden leading on brand, marketing and commercial strategy.  Rachel’s career has also included product management for Sage Software and marketing for a range of business books for Pearson Publishing. In her spare time Rachel co-leads her own strategic consultancy focused on driving profitable growth through audience focused organisational change.

Chair of the Architecture and Planning Committee

Tom is a retired Fellow of the Royal Institution of Chartered Surveyors and a commercial property consultant  specialising in development and real estate, and has held a number of senior roles in this sector.

Simon heads an architecture practice based in central Bath which specialises in upgrading historic properties whilst adapting them to the twenty-first century. The practice has considerable experience in all aspects of restoration, conversion and extensions to listed buildings and has received numerous awards and commendations for its combination of traditional craftsmanship and contemporary design. Simon was previously a Trustee for 12 years until 2017.

Robert is a retired academic and now a consultant architect. Between 1992-2011 he held professorships in architecture at the universities of Edinburgh, Bath and London School of Economics. He is an expert on the foundations of classical architecture. While at Bath he was a Trustee of Bath Preservation Trust and a director of the Building of Bath Museum (1995-2005). He founded his London-focussed townscape and heritage consultancy in 2001, which has advised on many major developments in central London. He has provided expert witness evidence at more than 50 public inquiries.

Victoria is the Founder and former Director of Open House and Open-City, an architecture education charity advocating the value of design in creating vibrant, liveable cities. Other positions and roles have included Jury Member RIBA Royal Gold Medal; Board Member Irish Architecture Foundation; Women in Architecture Judge; RIBA Research Committee, Expert Advisory Board, Bartlett 2050 Leadership Programme and Architecturels memberkffkjsad. She is also the author of Open House, Chair of Open House Worldwide, and co-author of London’s Guide to Contemporary Architecture. Victoria was awarded an Honorary Fellowship of the RIBA in 2003, Honorary MA from London Metropolitan University, 2006, and an OBE in 2012 for services to architecture and education. Victoria joined the Council of the Architectural Association in 2016.  Since moving to Bath, Victoria has taken an active interest in the Museum of Bath Architecture and is a member of Architecture Is, a collaboration between amongst others BPT and the University of Bath