The Trust was dismayed to learn of proposals to erect a student accommodation scheme on the site of the Cricket Club car park on North Parade. The subsequent planning application gave us no comfort. Not only is the proposed use unacceptable in the context of a housing shortage in Bath where brownfield sites are being taken up with more and more student accommodation (this being the most profitable form of development) but the scale, height and massing of the scheme we felt was too great for the site and too dominant and imposing in this area of fine grained historic townscape that forms an important part of the WHS. The scheme takes over most of the site with no permeability and intrudes into views through and over the site, as well into the setting of many listed buildings and structures including the historic canal. We have issued a strong objection to the scheme, referring obviously to the inappropriate use and also suggesting that the buildings should be far more broken up and articulated in order to provide glimpses through the scheme and to break up the sense of monolithic scale.

Changes to the scheme in early 2018 did little to allay our concerns regarding the monolothic bulk, scale and massing and the associated impact on the conservation area and World Heritage Site. The scheme was referred to the Development Management Committee and despite the planning officers recommendation to refuse, as well as the objections of a number of key consultees and council officers, the committee decided to permit.

The Trust was dismayed at this decision of the councillors and we asked for the application to be called in to the Secretary of State for determination due to the fact that the scheme fails national planning policy on flood risk, and will harm the Outstanding Universal Value of the World Heritage Site and the conservation area. This was regrettably refused.

We considered the possibility of launching a Judicial Review against the B&NES Development Management Committee’s decision, but in November 2018 we decided not to continue due to the significant financial risk to charitable funds. We instead used this scheme to kickstart our ‘fighting fund’ for future use against poor planning decisions. 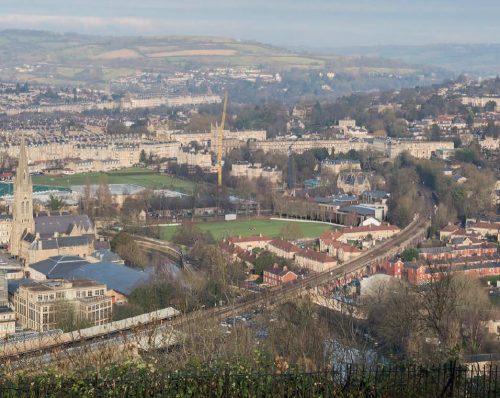