The Recreation Ground and its use by Bath Rugby has long been a topic of debate and discussion within the city and the Trust has monitored and responded to various planning applications and consultations over the years. In 2017, the Trust was involved in key stakeholder workshops to help the new Stadium for Bath project team begin their assessments and research to inform a development brief for a new stadium for Bath Rugby on the Rec. An ‘Exploring the Opportunity’ document was published in late 2017 and the project team have now appointed the architects Grimshaw.

In early 2018 a Draft Development Brief was published, and at each stage of the project the Trust has responded with constructive comments and observations. The next stages will involve a finalised Development Brief and then design option consultations, with a planning application expected in late 2018.

The Trust’s position on the principle of development on the Rec has always been clear. We are open to the opportunities for a new stadium on the Rec and regeneration of the riverside but our primary focus will be the protection of the Outstanding Universal Value of the World Heritage Site and the impact/s any structure would have on Bath, its heritage and its landscape setting. We will continue to consult closely as a design comes forward.

See our response to the 2018 Public Consultation here.

Scoping Opinion 19/03133/SCOPE was submitted in July 2019 for the Environmental Impact Assessment, to which we responded here.

See our response to the 2019 Round 2 Public Consultation here.

Following the Covid-19 pandemic, progress on the proposed development of the site has been postponed until further notice. Application 20/00137/VAR was submitted in January 2020 as an amendment of original application 15/05237/FUL, to allow the temporary stands and related development to remain in situ until 30th May 2022, which has been permitted.

In October 2020, the judge decided against Bath Rugby’s legal challenge of the 1922 covenants on ‘the Rec’, by deciding that these are in fact enforceable. Consequently, any development on the land that may cause a “nuisance” is open to a legal challenge by objectors. This ruling was not considered in relation to any particular design proposals associated with Bath Rugby, but could be interpreted to pose a barrier to future development.

Bath Rugby has since been joined by Bath Recreation Limited and have submitted a joint appeal to be considered in late 2021. 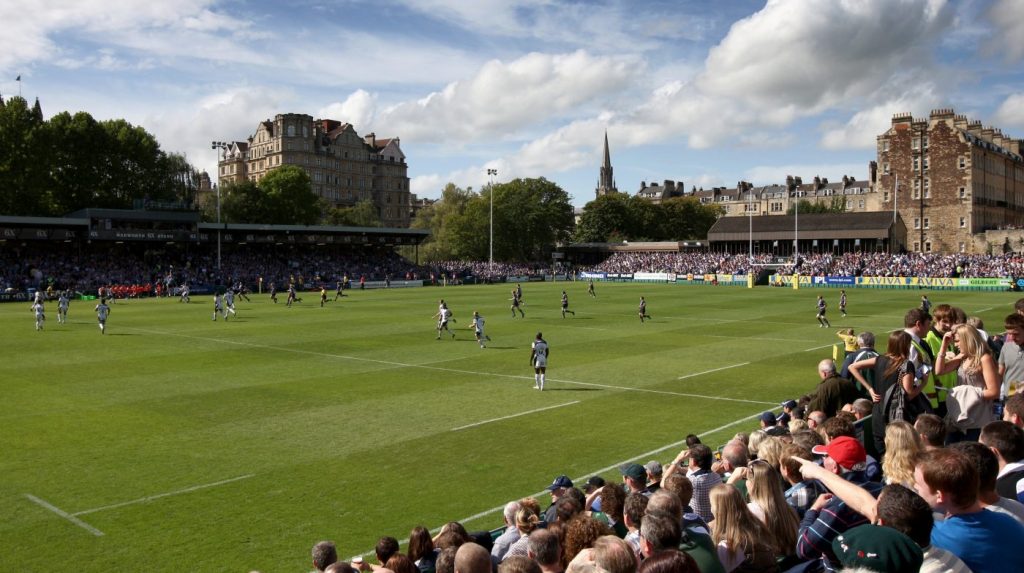