B&NES is preparing a new Local Plan up until 2036, which will sit alongside the new Joint Spatial Plan for the West of England which provides the overarching strategic  planning context for the four West of England local authorities.  The Local Plan is essentially an update of the Core Strategy and is primarily concerned with the use and development of land (housing etc.) and will sit with the new Placemaking Plan now adopted into policy. B&NES commenced an Issues and Options consultation in November 2017 to review the vision, priorities and strategy of the Local Plan, including a focus on strategic development locations and university issues (student housing).  At the same time the JSP issued a consultation on the Publication Document. The Trust has responded to these consultations which cover housing numbers and the associated spatial strategies and our key messages are:

As of January 2019, the Trust has responded in detail to the Local Plan Issues and Options Consultation which considers options relating to the establishment of new strategic policies and amend existing policies for the region.  In particular, we’ve been pleased to see proposed new policy options relating to housing and the restriction of purpose built student accommodation, but we have also been astonished to see that B&NES’s current proposed Vision for the future of the region does not include a reference to heritage, which is of key economic, social and cultural value to its current and future success. We are also concerned that there is no proposed vision for retail within the city, which is in decline, and we also felt the proposed policy relating to holiday accommodation was too weak and lacked clarity.

We have suggested a simple addition to the wording of the ‘Vision’ (added words underlined);

Bath and North East Somerset will be internationally renowned as a beautifully inventive, and entrepreneurial and forward looking place with a world class heritage, a strong social purpose and a spirit of wellbeing, where everyone is invited to think big – a ‘connected’ area ready to create an enduring legacy for future generations.

Following the rejection of the Joint Spatial Plan at the end of 2019, B&NES withdrew from the Plan in early 2020. This has resulted in a rescheduling of previously intended amendments to the current Local Plan. 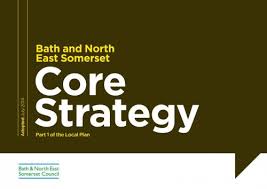