A 2013 consultation was held for proposals for the demolition of ex-MOD buildings and the construction of  residential dwellings on the Holburne Park site along Warminster Road. The Trust felt this offered the opportunity for a “high quality low carbon residential area, permeable by walkers and cyclists to and from the canal”. We retained some concerns regarding the treatment of elevations looking out across the hillside over the World Heritage site, and the need for a green buffer to be retained to the north-east of the site.

Application 14/05407/ODCOU was submitted in 2014 for the construction of 204 dwellings. We recognised that the architects for the Warminster Road site made considerable effort to make changes to the scheme in response to concerns about the layout, bulk, design and materials.  Our principal reason for objection relates to the design aesthetic for the whole site, which is inappropriate to the character of this part of Bath which, rather than being made up of Georgian terraces, is marked by the transition from terraces to villas during the mid-19th century.

Application 14/05407/ODCOU was permitted in 2015, and construction began in 2016, with the first phase of homes complete in 2017. Further application 16/04289/EFUL proposed 87 additional homes in 6 apartment blocks, with a total increase of 47 homes across the masterplan site.

In 2019, applications 19/03836/FUL, 19/03838/FUL, and 19/04772/FUL for an overall total of 88 homes were submitted. The Trust had particular concerns regarding proposals for the construction of 3 new ‘watchtower’ apartment blocks along the boundary of the site. It was felt that the bulk, massing, style, and four storey height would cause a visual disturbance to the surrounding landscape setting and historic environment, and over-encroach into the north-east green buffer along the K&A Canal. We also had further concerns about the unacceptable lack of affordable housing provision on-site contrary to local policy requirements.

Application 19/03836/FUL was withdrawn, and the ‘watchtowers’ removed from the scheme. At Planning Committee, applications 19/03838/FUL and 19/04772/FUL were refused on grounds of harm to the setting of the World Heritage Site, insufficient affordable housing, and non-policy compliant visitor parking. However, both applications were resubmitted in 2020, this time with an increased total delivery of 25% affordable housing across the site. The Trust maintained its objections due to a failure to meet the 40% expectations laid out in local policy. 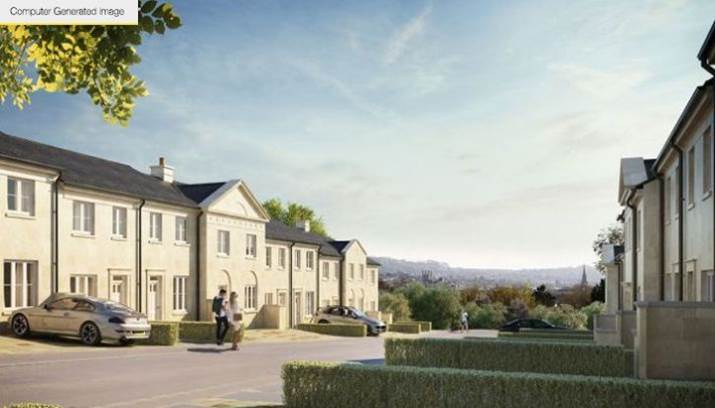