This site is being developed by Curo and will result in over 450 houses, a new school, nursery and community space. The Trust has frequently commended the project team for their approach to the redevelopment of the site and the efforts which have been made to engage residents and stakeholders over a long period of time.

The former buildings on the site were demolished in 2014, and outline planning application 14/04354/EOUT was approved for the development of up to 700 dwellings and related infrastructure.

Planning application 15/02465/RES for the first phase of development at Mulberry Park was submitted in Summer 2015. The developer Curo then made some changes to the proposed scheme which included more detail on landscaping; however, the Trust remained concerned regarding the finer detail of the proposed suite of materials. In June 2016 the Trust consulted with Curo and architects BDP on the proposed scheme for the Mulberry Park Community Hub, Pre-school and School buildings. Likewise the Trust has also recently given feedback to Curo on their proposals for the regeneration of the Foxhill housing site adjacent to Mulberry Park.

In late 2017 Curo submitted planning application 17/04829/ERES for the Phase 2 of Mulberry Park, a scheme which we found alarming in terms of height, design and materials, particularly as the buildings will in our view intrude upon and therefore harm the green wooded ridge that overlooks the city. This in turn will harm the Outstanding Universal Value of the WHS.

In early 2018, plans for Phase 3 were submitted. This part of the scheme is now permitted and Phase 4 is also in planning (April 2019).  These parts of the scheme follow broadly the same building typologies and suburban layouts as earlier phases and as such are largely uncontentious.

In Summer 2018 revised plans were submitted for the Phase 2 area, but the limited extent of those changes were inadequate to allay our concerns that this part of the scheme will overtop the wooded ridgeline and therefore cause harm to the special landscape criteria on which our designation as a World Heritage site is based.

In Spring 2019, revised plans were submitted for Phase 2 which show the scheme one storey lower and with changes to the materiality and design of the upper floors to make them more recessive. These go some way to allaying our concerns regarding the heights of these buildings but on further review we have decided to continue our objection to this part of the scheme on the basis that there is still the risk of some harm to the skyline ridge in this part of the WHS, as the building heights look to skim the treetops of the ridgeline in long views, therefore still producing a harmful urbanising impact as the buildings will be seen just over, and between, the trees. 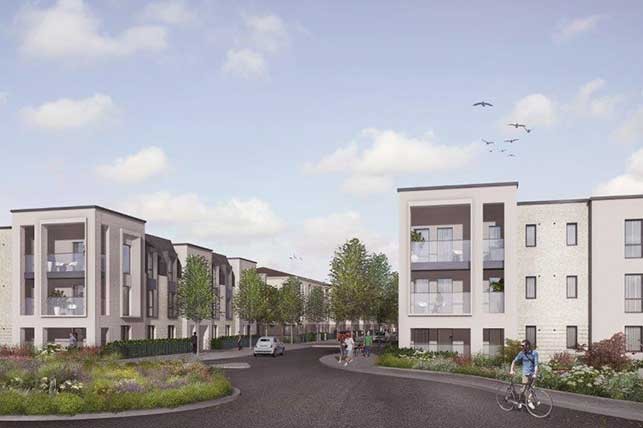