The Trust has been pleased to be regularly consulted on the pre-application plans for this large development on the former Stothert & Pitt Site, south of the river near Green Park.

However, planning application 16/04818/EREG03 for two apartment blocks and a large employment building has concerned the Trust.  Whilst we fully support the ambitions to develop this site with contemporary residential and business buildings (and the benefits such a scheme would bring to the city), and to refurbish the listed Newark Works building, the proposed landmark business building is too high, bulky and monolithic for its location in the centre of the World Heritage Site. As proposed currently it would interrupt important views into and out of the city centre and fails to reflect local built heritage or context.

Following revisions to the roofscape and materials within the scheme submitted in late 2016, BPT has carefully reviewed the revised scheme but has concluded that the changes do not address our main concerns regarding bulk and massing and we continue to worry about the lack of contextual relationship between the landmark building and the World Heritage site in terms of long views, riverscape and local built heritage.

In February 2017, a third version of the scheme was submitted.  We have reviewed this iteration in detail and have welcomed the significant changes made to the scheme, which we feel has reduced the potential harm to the WHS and cityscape.

Application 16/04818/EREG03 was permitted at Planning Committee by May 2017. Construction of ground works was completed by late 2019, and No. 1 Bath Quays, the ‘flagship’ building of the development to overlook the River Avon, is under construction. Works are scheduled for completion by July 2021, and occupied by September.

Application 20/03245/CONDLB was submitted separately for the conversion of the Grade II Stothert & Pitt Crane Works (Newark Works) to provide office space as part of the wider Bath Quays South scheme, fronting Lower Bristol Road. This was consented January 2020, and works are scheduled for completion in Autumn 2020. 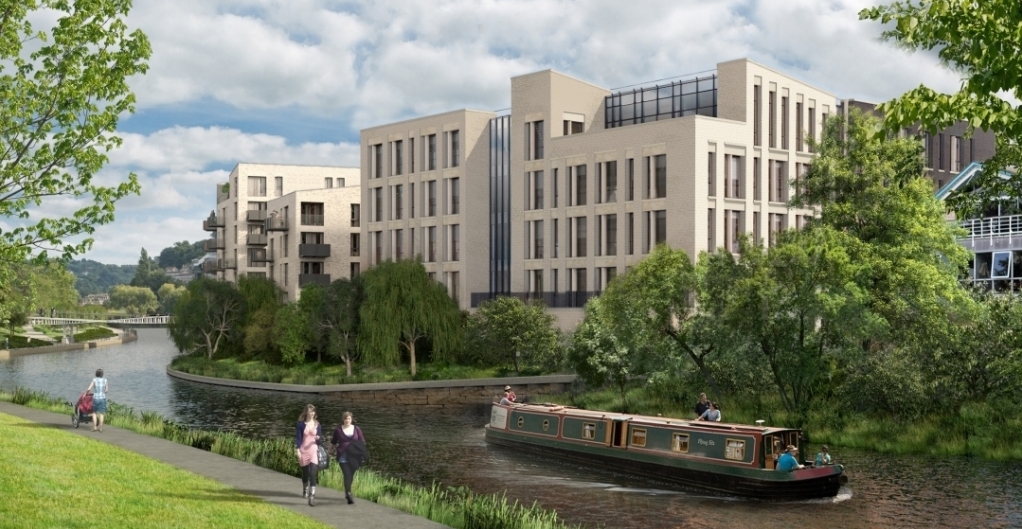