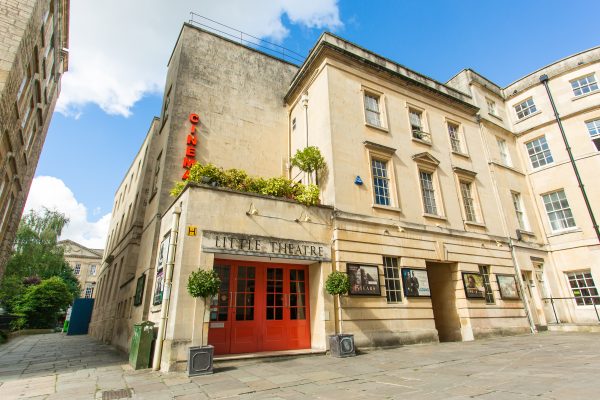 Bath: Queen of the West

The Little Theatre Cinema is proud to present some long-lost footage of Bath!

Dusty old reels tucked away in the corner of the projection room have been revealed as Bath: Queen of the West, a rare film of Bath from 1952 presented by Richard Dimbleby. It is thought that the Little borrowed the film in the 1960s then forgot to return it. Bath: Queen of the West shows a different Bath from the one we know now, revealing a city before the bulldozers did their work in the 1960s, and with walls still covered in soot.

For more information, ticket prices or to book visit www.picturehouses.co.uk or call 01225 330817.

BPT members £8 but only available over the counter.

Broadcast by the BBC as part of the ABOUT BRITAIN series, the programme takes in the Roman Baths, where the presenter talks to the assistant curator about excavations on the site. The programme also features a history of the city, the roles of figures such as Beau Nash and Ralph Allen, and stunning architecture including Prior Park, the Royal Crescent and Circus. Dimbleby explores local traditional industries, discovering how Bath stone is cut in a nearby quarry and how gold leaf is applied to book covers at a bindery. This is followed by a visit to local author Horace Annersley Vachell, then in his 91st year, before ending with a trip to Bath Abbey.

Dick Fiddy of the BFI said “This is a genuine new find from the early days of TV and an intriguing travelogue featuring a fascinating look at Bath of the 1950s.”